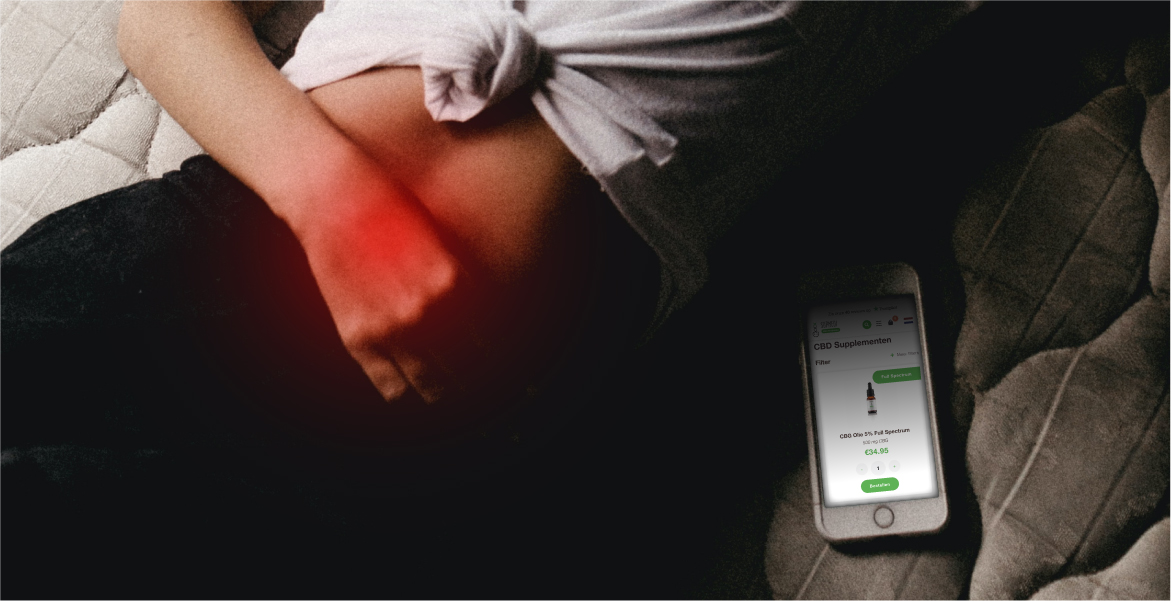 Irritable Bowel Syndrome, or IBS, is a bothersome condition that can cause a variety of symptoms. These may include bowel cramps, stomach aches, diarrhoea, constipation, or both of these combined. Patient can get a sudden urge to run for the nearest toilet. This makes IBS an unpredictable condition that can make people feel deeply insecure. Research into CBD Oil for Irritable Bowel Syndrome is still in its early stages. Nonetheless, this natural supplement has several properties that could help alleviate the symptoms of IBS, with potential to support the condition of the digestive system.

What is irritable bowel syndrome?

There is much that science does not yet fully understand about irritable bowel syndrome. PDS involves hypersensitivity of the digestive tract to certain stimuli, causing excessive bowel responses. It is a highly unpleasant condition marked by uncomfortable symptoms such as diarrhoea, constipation, and a sudden urge to go to the toilet. We are not sure about its underlying causes, although genetic predisposition appears to play a part. If you have relatives who suffer from irritable bowel syndrome, you are more likely to be affected yourself. External factors, including stress, anxiety, depression, dietary habits, and hormonal fluctuations seem to be involved, too.

Symptoms of IBS include:

Failure to treat IBS may result in regular tiredness and exhaustion, heartburn, and gastrointestinal problems. Mental problems may increase in severity.

Unfortunately, there is no medicine that simply cures IBS altogether. However, symptom relief is possible, for instance by using additional dietary fibre, laxatives, or anti-diarrhoeals. Sometimes, analgesics are prescribed to relieve painful cramps, and stress or anxiety-related issues could benefit from antidepressants or sedatives, in theory at east. Adjusting your diet can rove useful too, if you manage to avoid food for which you are sensitive. But CBD Oil can help relieve irritable bowel syndrome, too. Many people claim it helps them cope with the condition, because they are less affected by its most common symptoms.

Digestion is a complex process; and like many other bodily processes, it is regulated by our own internal Endocannabinoid System (ECS). This system serves to keep the body running in smooth unison. To do so, it uses compounds called cannabinoids that we produce ourselves. In addition, however, the ECS can also use plant-based cannabinoids such as CBD (cannabidiol). CBD is derived from hemp plants, and through the ECS, it can influence the way our digestion works. This explains how CBD can have positive effects on the symptoms of IBS.

Whenever the intestines are under threat from harmful agents such as bacteria, viruses, or toxins, the body responds by means of an inflammatory reaction. White blood cells are directed to the affected areas, where they clear up potential threats and waste products. Even so, inflammation may persist for various reasons. These include hypersensitivity to specific ingredients, continued immune system activity due to disruptions, or prolonged responses caused by stress.

This may result in persistent, chronic, low-grade inflammation that can aggravate and prolong IBS symptoms. CBD has the ability to inhibit inflammations. It connects with type 2 cannabinoid receptors located on immune cells, triggering them to change the chemicals they release. This stops them from producing chemicals that keep the inflammatory response going. CBD can also trigger cell death in specific dysfunctional immune cells. These anti-inflammatory properties have led scientists to explore whether CBD Oil could be used to treat Colitis Ulcerosa, Crohn’s Disease, and Irritable Bowel Syndrome. Current studies show that cannabis with CBD can provide clinical relief for symptoms associated with Crohn’s. 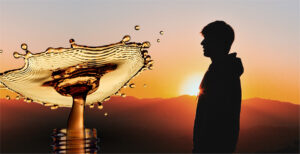 In addition to the above, IBS affects bowel movements. IBS involves uncommon contractions of the intestines that can cause blockage, diarrhoea, or combinations of the two. It can also lead to cramps and bloating of the belly. What makes CBD so particularly interesting here is its modulating effect on the movements of the digestive system. This helps the digestive tract regain its balance whenever obstipation or diarrhoea occur.

Belly aches are among the most problematic symptoms of IBS. These can result from eating the wrong kind of food, and they may subside after visiting the toilet. Pain caused by IBS can be intense, either coming in sharp pangs or nagging in the background. In gthis respect, CBD could be a viable alternative to regular painkillers. CBD affects the receptors that determine how we experience pain, including serotonin, glycine, and adenosine receptors. CBD can interact with these receptors, instructing them to stop relaying chemical pain signals. CBD can affect pain receptors in the bowels as well as in the brain.

IBS is frequently observed to coincide with mental conditions such as anxiety and depression. Although IBS does not directly cause these conditions, it may well increase their severity. The explanation lies in these conditions’ tendency to make brain cells more sensitive to pain. Here, too, CBD Oil might prove helpful for controlling irritable bowel syndrome. CBD has soothing properties that can bring the sense of calm needed to reduce depression and anxiety symptoms. It can also help improve the balance between various neurotransmitters in the brain. This would also reduce the risk of depression and anxiety symptoms.

Another remarkable possibility suggested by research conducted by neurologist Ethan Russo, is that IBS may be caused by a condition known as Clinical Endocannabinoid Deficiency (CECD). CECD limits the body’s cannabinoid production capacity, resulting in problems such as IBS. The resulting cannabinoid deficiencies can be supplemented by using CBD Oil to replenish these, which could provide relief for irritable bowel syndrome in turn.

It appears as though CBD Oil could provide substantial relief for irritable bowel syndrome. Its anti-inflammatory, analgesic, and calming properties can help rebalance your body’s overall physiology. Don’t et IBS symptoms bother you when you have natural opportunities such as CBD available. Try our CBD Oil or CBD Tablets and start to enjoy life in full again!