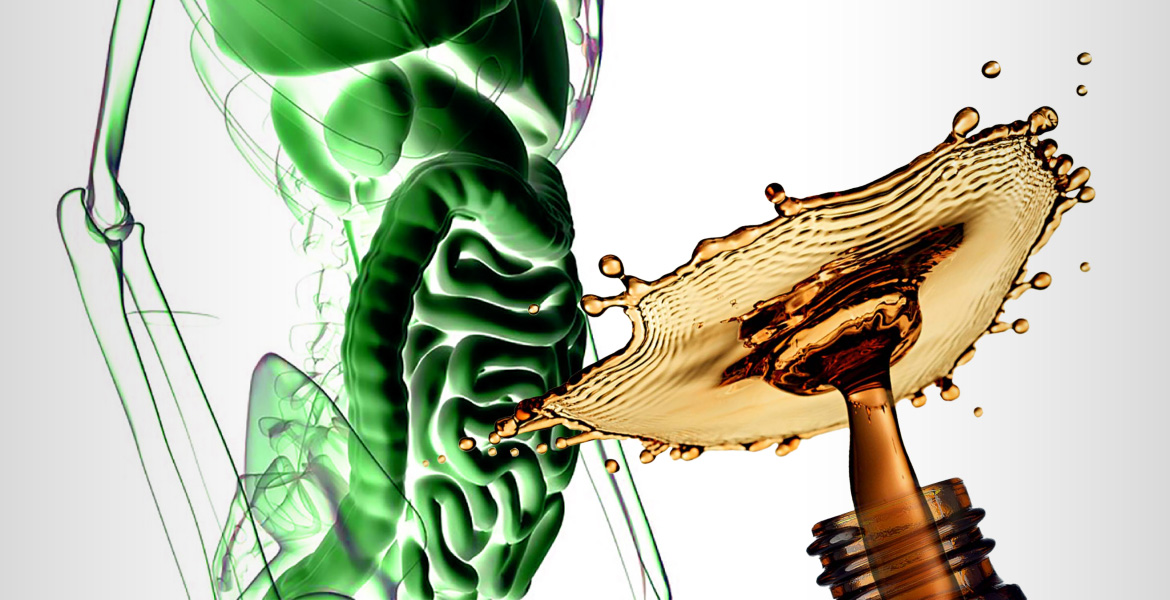 Inflammatory bowel disease is a chronic condition, which can have a big negative impact on your daily life. When you suffer from bowel inflammation chronically, the gastrointestinal tract is inflamed continuously. This can lead to severe problems. Many people with this condition need heavy medication to get through the day. However, there is an alternative, CBD Oil, which can help to relieve the symptoms of inflammatory bowel disease.

What is inflammatory bowel disease?

Bowel problems are very common and can be really annoying. Everyone suffers from a problematic digestive system once in a while and the biggest cause of this is stress. But inflammatory bowel disease (IBD) is a totally different story. IBD is a term that covers different types of conditions, like Crohn’s disease and ulcerative colitis.

If you suffer from inflammatory bowel disease, (a part of) your digestive tract is inflamed. Symptoms that are common to IBD are:

The biggest problem is that we don’t know why this happens. Doctors haven’t figured out yet what’s causing IBD. There are some clues pointing into the direction of genetic predisposition. However, there must be more factors at play, because not everybody who is predisposed gets IBD. Probably some environmental trigger play a role, but researchers haven’t discovered that yet.

Unfortunately that also means that there’s no cure for IBD yet. It’s only possible to treat the symptoms. Many people with inflammatory bowel disease suffer a lot and it’s quite a quest to find an effective remedy. Most patient are prescribed anti-inflammatory drugs, as well as medicines that supress the immune system and antibiotics. Although these medicines can be effective, they can also cause many side effects, especially on the long term.

That’s why many people are looking for an alternative. Various studies have shown that CBD Oil may possibly help very well. The inflammatory and painkilling effects can help to relieve complaints. Besides this, it’s a natural product that’s safe to use for long term.

It isn’t a very well-known fact that the bowels are an important part of the immune system. Your digestive system has two openings (mouth and anus) that are connected to the outside world. You don’t just eat food and secrete waste products, it’s also the way that infiltrators from outside can get in. It’s the bowel’s responsibility to stop intruders, like viruses and bacteria, from entering.

This explains why there’s a whole army of immune cells standing by in the intestines. These cells can inactivate potential pathogens as quickly as possible. Your immune system is very active in the bowel. When an inflammation occurs in the gastrointestinal tract, that’s actually good news. It’s your immune system’s way to destroy unwanted intruders. But if your immune system is working overtime, a chronic inflamed bowel can arise.

What makes CBD Oil such a suitable remedy for inflammatory bowel disease? This natural product contains effective substances: the cannabinoids (including CBD, cannabidiol). It has anti-inflammatory and painkilling properties and can help to rebalance the immune system. And unlike antibiotics, CBD Oil doesn’t upset the intestinal flora.

Inflammatory bowel disease is accompanied by abdominal pain. CBD can influence the receptors that regulate pain stimuli. CBD can activate these receptors and send them the message to stop producing chemicals that transmit pain stimuli. That way CBD can have pain relieving effects when you suffer from IBD.

The inflammation itself can also be reduced by CBD. The immune system produces an overload of defence cells, which start to produce chemicals that attract even more immune cells. This causes low-grade inflammations to arise in the gastrointestinal tract, which add to the severity of the problem. CBD has powerful anti-inflammatory effects and helps to protect the intestines and the intestinal mucosa. The cannabinoid interacts with the CB2-receptors of the immune cells and sends them a message to stop producing inflammatory substances. CBD can also cause cell death in abnormal immune cells. 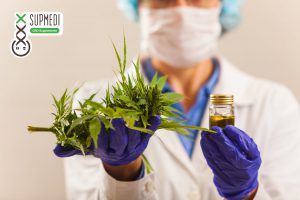 What can CBD Oil do about bowel inflammation?

CBD Oil is a product that has gotten more and more attention in the last couple of years. Many people use it with inflammatory diseases, like rheumatism, psoriasis and asthma. But CBD Oil can also be a big help with inflammatory bowel disease. Not so many studies have been done into this specific disease, but the information we do have is encouraging. In some of these cases the research was about the benefits of cannabis and not just CBD Oil.

In 2012, 11 patients with Crohn’s disease and 2 with colitis ulcerosa, participated in a research into the benefits of cannabinoids in cannabis. After 3 months of treatment, their overall health was clearly improved. The participants could take part in more social activities, start looking for a job or performing better in their current job and they experienced less pain. Also mental problems, like depression, were reduced. Additionally, an increase in weight was measured and their BMI went up.

In 2013, 292 patients with IBD attended a survey. Almost half of them had used cannabis in the past, or was still using it, to relieve their complaints. One third of them indicated that they experienced less abdominal pain, got more appetite and suffered less from nausea and diarrhoea. Some of them even mentioned that all the symptoms disappeared because of the cannabis use.

Another study was done into the effects of CBD, and the results in people with colitis ulcerosa were compared with those in mice with inflamed intestines. The damage to the intestines and the inflammation in the mice appeared to be reduced. Similar results were found in human patients who took CBD. The scientists concluded that CBD Oil could be a new treatment for people with IBD. 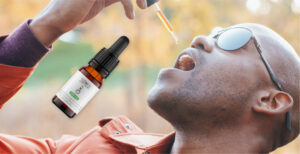 Trying to get inflammatory bowel disease under control with CBD Oil?

Although more research is needed into the benefits of CBD oil for inflammatory bowel disease, it’s clear that this natural product can bring a lot of relieve. Do you want to start using CBD Oil, you can give our Full Spectrum CBD Oil a try, or use our CBD Tablets.

We hope that the powerful anti-inflammatory and painkilling effects will also bring you relieve. You do have to be careful if you’re already using (regular) medication. Consult your doctor first if CBD is suitable for you, because it’s known that it can influence the effectiveness of some medicines.