Home / Blogs / Is CBD Safe To Use During Pregnancy?

Is CBD Safe To Use During Pregnancy?

In theory, using CBD Oil during your pregnancy could benefit you. Its calming and analgesic properties could come in handy for women suffering from various pregnancy ailments. But the most important question remains if this remedy is safe for your unborn child. Unfortunately, using CBD during pregnancy hasn’t been sufficiently researched. That’s why we present an overview of possible advantages of using CBD during pregnancy, although we discourage using it in this vulnerable period until more research is done.

How Could Using CBD During Pregnancy Help?

When you’re pregnant, it means the beginning of a very special period. You’re carrying new life and this is not comparable to anything else. Yet not every pregnancy is a walk in the park. Pregnant women can suffer from physical complaints like nausea, swollen and painful feet and sleeping troubles.

Add to that the fact that a woman can feel insecure and scared, about the pregnancy, child birth and raising a newborn. It’s clear that you could use some support during this period.

Some of the following symptoms you could treat with CBD:

During pregnancy, it’s possible for almost every part of your body to hurt. Your body needs to adjust to carrying a baby and this can cause discomfort and cramping. Regular painkillers, aside from paracetamol, often do more harm than good. CBD could be a good alternative, because it has anti inflammatory and analgesic properties.

More than half of pregnant women suffer from morning sickness. Sometimes, it’s no more than a light feeling of nausea, that dissipates during the morning. But some women feel it all day long and also have to throw up. Research shows that the endocannabinoid system (ECS) plays a roll in feeling nauseated and vomiting. CBD influences the ECS and could alleviate nausea.

One of the main reasons for pregnant women to try CBD, is because of sleeping problems. 80% Of pregnant women suffer from insomnia. CBD helps you calm down and restores the sleep-wake cycle. It’s a great remedy if you have trouble sleeping.

It’s not hard to imagine that being pregnant causes you to worry a lot. Carrying your baby is stressful enough, but giving birth and the time that comes after that are also reasons to worry. However, a pregnant woman also has to deal with a load of hormones, that cause her to feel more emotional than usual.

You could treat yourself to some extra peace and quiet with CBD. It’s an effective remedy to calm your thoughts and reduce tension in your body.

CBD During Pregnancy, Could It Work?

Recently the WHO stated in a report that CBD is safe to use. However, that doesn’t automatically mean it’s safe to use during pregnancy. Unfortunately, more research into this subject is needed. For example, we don’t know exactly how CBD could affect a developing fetus. We do know that cannabinoids like CBD are already present in the womb during pregnancy. These compounds probably play important roles in fetal development. Still, we can’t simply rely on the assumption that CBD supplements can be used during pregnancy without any consequences. That is why we strongly advise against using CBD while pregnant, or during breastfeeding, until science can tell us more.

One of the things that has to be taken into account, is that CBD influences the endocannabinoid system (the ECS). This system regulates numerous important processes in the body and plays a crucial role in the development of the fetal nervous system. It’s impossible to predict what could happen if you were to take CBD during pregnancy.

For the same reasons mentioned above, we ought to be very cautious about CBD during breastfeeding. Here too, we simply don’t know enough about whether CBD is passed on to children via mother’s milk, and if so, what effects it could have. For this reason, we discourage you from using CBD either during pregnancy or during breastfeeding.

CBD influences your own ECS, which is important when you’re pregnant. But it could also have an effect on your baby’s endocannabinoid system, which is still in development at that very moment. The exact effect is unclear until now, but using it could lead to problems later on in life.

CBD During Pregnancy? Preferably Not.

Although some exploratory studies have been conducted, these only focused on rats. Although they also have an endocannabinoid system, these results can’t simply be applied to a human pregnancy.

During a 2017 study involving rats as test subjects, pregnant females were administered CBD. Their offspring turned out to be better protected against infections in the womb and, consequently, they were less at risk of behavioral- and memory problems.

CBD is a natural remedy that, under normal circumstances, is safe to use. But we at SupMedi advise against using it during pregnancy and breastfeeding. We just don’t know enough about the possible effects CBD can have on your unborn child. It’s better to be safe than sorry. Of course, there are many other natural remedies you can use. If you would like to give CBD a try anyway, we recommend you consult your physician.

CBD And Children: Should You?

We do not recommend the use of CBD for children aged four or under. For this group, too, science does not yet know enough about the consequences. The future will teach us whether CBD is suitable for children of up to four years. Until then, we suggest you do not take the risk. For children especially, safety first should always be the main concern!

After Giving Birth, Everything Changes

Of course, everything will be different once you’ve given birth: as soon as you finish breastfeeding, you can start taking CBD again. When that day comes, obviously you’ll want to make the best start with the best CBD products. Check the full range here, and when you can, reward yourself for your efforts with our delicious CBD Chocolate or our quick and tasty CBD Gummies! 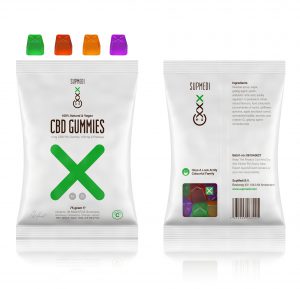 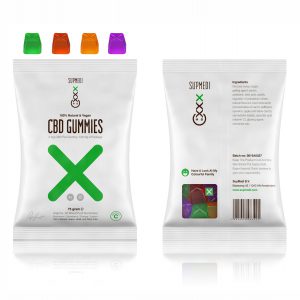 Out of stock
Previous Post"What Are The Differences Between CBD And THC?" Next Post"SupMedi CBD Skincare Tested By Beauty Expert"