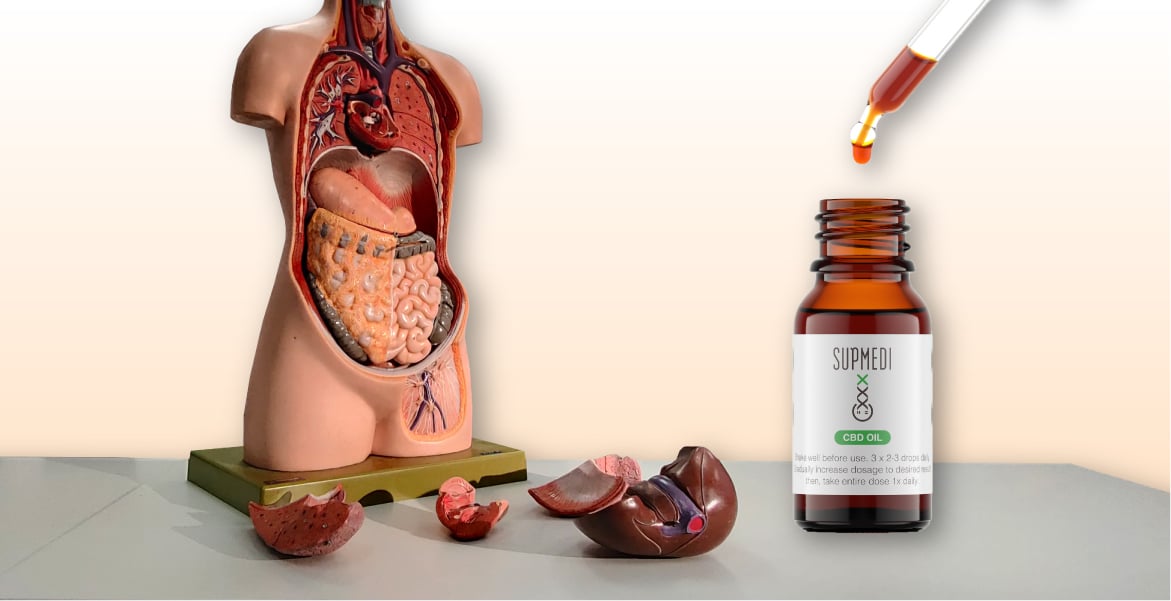 Bowel problems can have a major impact on your health; both on a physical and on a mental level. Gastric disease is not just potentially a very painful condition; it can also have a major impact on your social life. It’s not hard to imagine how any day out or social event can become problematic the minute you’re not sure if a toilet is near. The fact that many people are embarrassed about bowel problems only makes matters worse. Gastrointestinal conditions are often difficult to treat by anything but antibiotics or heavy medication such as steroids. Fortunately, research indicates that CBD Oil offers many properties that could have positive effects on bowel disease. This blog explores these findings.

The Impact Of Bowel Disease

Gastrointestinal problems represent a very common set of conditions. They involve more than the well-known issues of stomach aches, diarrhea, indigestion, or constipation. On average, 40% of all people encounter some of these bowel issues. Luckily, most of these aren’t serious conditions, and they usually pass with time.

On the other hand, some bowel diseases can be chronic, with the full potential of turning your life upside-down. Think of examples like Crohn’s Disease, Colitis Ulcerosa, and Irritable Bowel Syndrome (IBS). In addition to their physical symptoms, these conditions can utterly disrupt social life. If the symptoms are severe, people suffering from Crohn’s or IBS may be unable to go to work, or forced to cancel their appointments.

Irritable Bowel Syndrome or IBS Is a condition of the large intestine. Some patients mainly suffer from diarrhea, while others get constipated, but these symptoms can alternate, too. Painful bowel cramps and a bloated feeling are also quite common. It is often hard to predict when you’ll need to go to the bathroom, which can make IBS patients feel deeply insecure.

Crohn’s Disease is a severe bowel condition that causes inflammations all throughout the gastrointestinal tract. Symptoms include intense stomach aches, vomiting, ventral hypersensitivity, fever, and abscesses.

Colitis ulcerosa also involves inflammation, but here, it only affects the colon and rectum. This causes bowel ulcers, but inflammation and other symptoms can extend beyond the gastrointestinal tract, too. People suffering from colitis ulcerosa may have difficulty controlling their stool.

The common factor that makes these bowel conditions so difficult to treat is the diversity of their potential causes. Sometimes, a slight change in diet can be enough to trigger bowel disease, but stress is a well-known potential cause, too.  Medication, exercise, and hormones all affect bowel condition as well. Finding the right treatment for a specific bowel condition can be a long, winding road. However, CBD Oil appears to have several properties that could bring relief to many common gastric problems. 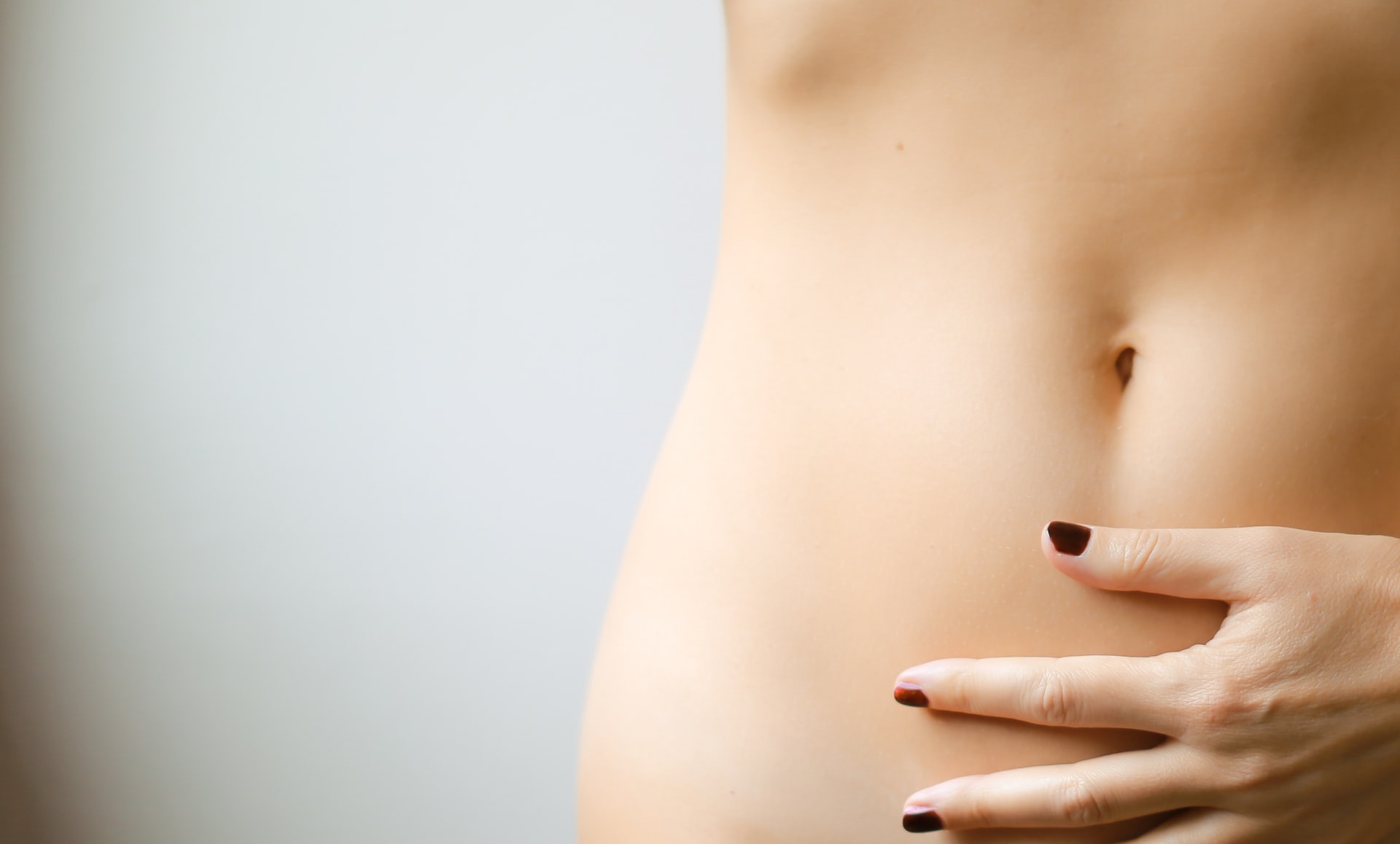 Why CBD Oil For Bowel Health Is A Good Idea

CBD Oil keeps getting more popular; including for a whole range of bowel problems. CBD (cannabidiol) is a cannabinoid that can interact with the endocannabinoid system (ECS). This system regulates a host of different processes in in our body, including the digestive system. The ECS operates by means of cannabinoids that connect with CB1 and CB2 receptors. This allows the ECS to maintain balance throughout the body. The digestive tract accommodates large numbers of these receptors. This gives CBD Oil considerable power to influence our bowel health.

The Powerful Effects Of CBD On Gut Health

The reason why CBD Oil cold have such a big impact on bowel health is its combination of anti-inflammatory, analgesic, and soothing properties. Research has demonstrated that CBD can counter inflammation by preventing production of interleukins and cytokines. These are inflammatory proteins that trigger inflammation responses in our body.

Another way in which CBD could prove helpful is its ability to lower cortisol stress hormone levels. Cortisol is suspected to be harmful to the intestinal wall by draining blood away from the gastrointestinal tract and diverting it to the brain and muscles instead. This could make keeping cortisol levels under control very important for bowel health, and CBD Oil may prove instrumental here. Its calming, soothing properties can make s much less stress-prone, reducing cortisol levels and protecting our gut health in turn. The benefits of CBD Oil for bowel health have been studied for quite some time. Most of these studies focused on animal subjects so far, but results are promising nonetheless.

In 2016, a comprehensive review of studies looked into the effectiveness of cannabinoids in inflammation and defence mechanisms of the stomach’s mucous membrane lining. The researchers found that cannabinoids directly activating CB1 receptors reduced secretion of gastric acid, which eases the stomach. In addition, administering cannabinoids proved helpful in potential prevention of gastric lining lesions caused by alcohol, stress, or use of NSAIDs. The research team concluded that the ECS can be used as a route to treatment of IBS symptoms. They indicate that the preliminary results of clinical trial seem to support their hypothesis.

In 2012, an Israeli study was published involving 292 participants affected by IBS . Half of them had used cannabis at some point in their lives, or were still using it today. 32% of these subjects indicated that it had helped them control loss of appetite, diarrhea, and nausea. The researchers found out that those who were using cannabis at the time indicated significant improvement in terms of their symptoms.

One of the most recent studies in this area was published in 2020. The research design emphasised effects of CBD and other non-psychotropic cannabinoids on prevention and treatment of gastrointestinal disorders. The study concluded that CBD appears particularly suited for a range of stomach and bowel conditions. Further research is needed to substantiate these findings, but so far, using CBD Oil to improve bowel health seems a promising perspective.

Summing up, we still don’t know everything about how CBD Oil and bowel conditions relate. Fortunately, though, science keeps revealing more findings about this unique natural supplement, so we are bound to learn more at short notice. Meanwhile, if you are interested in alleviating bowel or stomach issues, we recommend trying either Full Spectrum CBD Oil or our handy CBD Tablets.