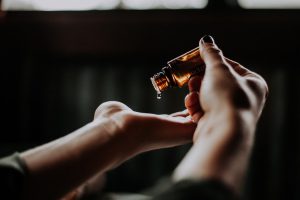 Could CBD Oil help relieve the symptoms of Parkinson’s disease? This chronic brain disease is typically characterised by symptoms such as tremors (trembling) of the hands, legs, arms, or facial muscles. These are often accompanied by other physical and mental problems. The disease is degenerative and debilitating: symptoms are bound to grow worse over time. There is no cure for Parkinson’s disease. What could CBD do to help? Regular medication is noy always successful in pushing back progression of the symptoms. CBD supplements are natural compounds that can influence how the brain works. They could have positive effects on the problems caused by the disease. This blog explores the possibilities of CBD for Parkinson’s.

Generally speaking, the onset of Parkinson’s disease occurs in people over fifty. It is a chronic condition of the brain. Symptoms arise due to the gradual dying off of cells in the substantia nigra area of the brain. When these cells stop working, they can no longer produce the crucial neurotransmitter dopamine. This substance is critical for control of body movement and for keeping muscles working smoothly, among other functions.

Worldwide, more than ten million people are living with Parkinson’s disease. It is the fastest-growing neurodegenerative disease in the world. The exact underlying cause of brain cell death is still unknown. It could be age-related degeneration of mental capacity. However, disruption of protein metabolism or environmental factors may well play a part. One striking development is the increasing number of 30- and 40-year olds that contract Parkinson’s disease in recent years.

There is no medication to cure this condition. Certain therapies and drugs can help reduce the impact of symptoms, however. Administering a dopamine agonist, for instance, can sometimes reduce tremors of the limbs. Another option is deep brain stimulation, which uses electrodes implanted inside the brain. These electrodes emit bursts of electricity to specific sites in the brain, which can help keep symptoms under control.

CBD could be a viable candidate in relieving certain symptoms frequently observed in Parkinson’s disease.

In Parkinson’s disease, the brain’s capacity to produce dopamine gradually decreases. This process involves CPR6 nerve cell receptors. These are situated in the basal ganglia; a vital structure in the brain’s anatomy that connects the cortex to the brain stem. This part of the brain is critical to movement, learning, and emotions. Researchers Laun and Zhao-Hui of Louisville University in Kentucky, US discovered that CBD can serve as an inverse agonist on CPR6 receptors.

CBD is capable of binding to CPR6 receptors, allowing it to promote the release of dopamine. Any increase in dopamine levels can potentially reduce the impact of Parkinson’s disease symptoms. A study conducted by the Colorado School of Medicine demonstrated that a daily dose of CBD (minimum daily intake 400mg) was capable of reducing sleeping problems, irritability, and tremors.

Psychosis is another prominent Parkinson’s disease symptom. This problem is notoriously difficult to treat. CBD is known to have antipsychotic properties, and can help protect nerve cells. A study conducted in 2006 involved six Parkinson’s patients suffering from psychosis. They received daily CBD doses of 150mg for four weeks. Dosages could be increased according to personal need. Participants continued their regular therapies alongside the CBD treatment. Four weeks later, the results were analysed. It turned out that CBD had caused a significant decrease in psychotic symptoms.

Another often-seen problem associated with Parkinson’s is disruption of REM sleep (RBD: REM Sleep Behavior Disorder). This is a type of parasomnia, a term for abnormalities expressed while sleeping. In the case of Parkinson’s, these abnormalities include loss of muscle relaxation, nightmares, and increased activity while dreaming. CBD appears to have a positive influence on these symptoms: one sleep study saw RBD-related problems decreasing in four patients after using CBD. 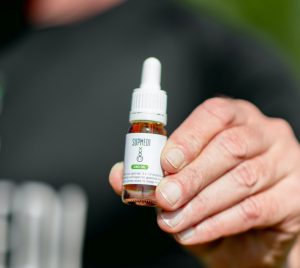 The Future Of CBD For Parkinson’s Disease

Sadly, Parkinson’s disease remains an incurable condition. We have to admit CBD can’t offer such perspectives either. Treatment of the disease is further complicated by diagnostics issues. Parkinson’s is generally only discovered after symptoms emerge, and by that time, brain damage is already extensive. Hopefully, however, CBD will be able to relieve symptoms to some extent, and perhaps replenish dopamine shortages. That makes it worthwhile to explore the option of taking preventive supplements such as CBD Tablets, which may help prevent occurrence of symptoms. There is no conclusive evidence to prove that this works, but CBD is safe for everyday use, and can potentially provide relief for a range of emotional and physical issues.