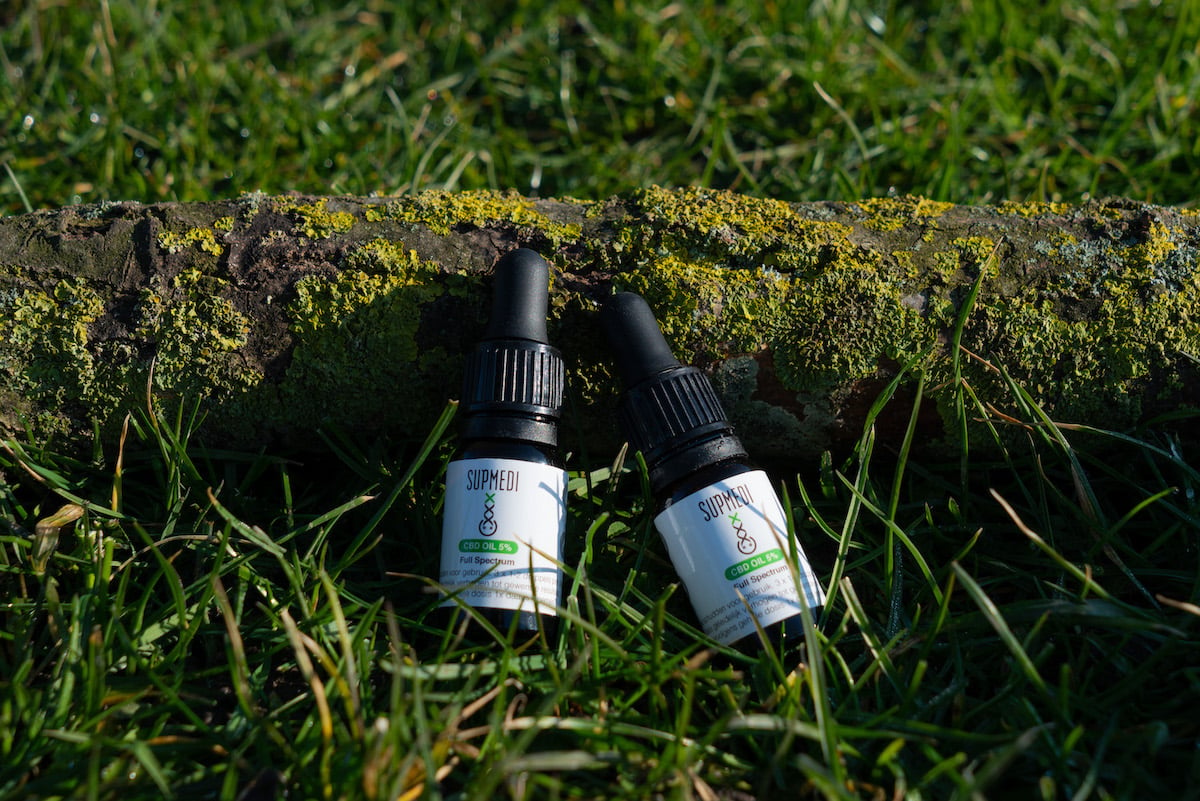 Hay fever is a frustrating problem, for which CBD could prove an effective solution. Most people can´t wait for spring to arrive. Sadly, those affected by hay fever start to itch at the prospect – literally. That’s not hard to understand, because once the season starts, airborne pollen triggers excessive immune responses in hay fever patients. To make matters worse, changes to our climate cause hay fever season to start slightly earlier every year! Hay fever is an allergic reaction to a basically harmless stimulus. Nonetheless, the body responds as if a real threat exists, triggering a series of highly unpleasant symptoms. These symptoms can get so bad that people are unable to leave the home. Luckily, it seems that CBD Oil could provide some relief for hay fever, chiefly by influencing the immune system and stopping inflammation.

Getting Through Hay Fever Season With CBD

For most people, hay fever season is the best time of the year. As soon as all the tree, flowers, and shrubs return to life in early spring, you’ll see more smiling faces wherever you go. Nature blossoms, the birds are chirping, and spring vibes fill the air. Unfortunately, though, there is more floating around than spring vibes alone. This is the time when plants start to spread their airborne pollen, too. That is crucial for their propagation, but for people with hay fever, it is mainly a nuisance. Pollen floating through the air trigger allergic reactions in hay fever patients, and these allergies can make a mess of their everyday lives.

Roughly speaking, hay fever season lasts from February until September, although the onset varies according to weather conditions. A mild and warm spring will see pollen spread earlier. Moreover, whether you react to pollen depends on the specific type of plants you are allergic to. That means that if you’re particularly unlucky, you could be struggling with hay fever six months a year. Fortunately, CBD Oil can help you keep allergic reactions under control, in a safe, natural way without unwanted side-effects.

What Happens When You Get Hay Fever

Almost everybody breathes a sigh of relief when spring arrives. Rising temperatures and the first budding flowers announce the passing of the cold, dark winter months. Cause for joy? Sure enough; except for people suffering from hay fever. This is the time of year when plants, trees, and grasses start to produce pollen to fertilize other plants around them. Once released into the air, drifting pollen can trigger severe allergic reactions in people. The only way to hide from this airborne pollen assault during hay fever season is to stay inside – and nobody really wants to stay in when spring arrives!

Hay fever is an excessive response of the body’s natural immune system. When pollen enters your mouth, nose, or eyes, the body can react as though these particles were an eternal threat. In response, histamine production gets ramped up. That in turn has negative consequences for the whole body. Red, watery eyes and inflamed nasal mucosa are tell-tale signals, but the response affects all parts of the body.

Histamine widens the blood vessels and causes mucous membranes to swell. Very handy when you need to remove something harmful from your system fast; not so very handy in case of ‘false alarms’ as happens with hay fever. The condition can result in anything from flu-like symptoms and sneezing fits to red, teary eyes, runny noses, shortness of breath, and fatigue.

Hay fever symptoms can be treated in several ways. Doctors usually prescribe medication intended to alleviate the symptoms, such as antihistamine. This substance counters the effects of histamine inside the body by blocking histamine receptors. This can be very effective, but antihistamine can also cause side-effects. It can make you dizzy and cause headaches and cottonmouth. In addition, antihistamine usually causes drowsiness. 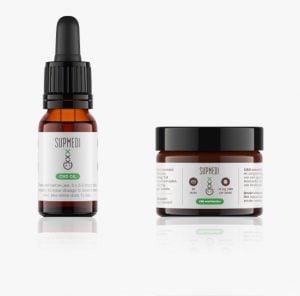 Another option, and one that is used ever more often, is CBD. This cannabinoid, derived from hemp plants, can reduce the intensity of the immune system’s (over-)reaction, which makes the symptoms less severe. CBD is capable of this effect by working together with the endocannabinoid system (ECS) The ECS affects many different processes throughout the body, from our rhythms of sleep and wakefulness to our immune system. Through the ECS, CBD can influence  our immune responses and histamine production.

Triggered inflammations are among the most important symptoms seen in hay fever. CBD has anti-inflammatory properties. That can be very useful when hay fever causes shortness of breath, because these properties may help reduce swelling of the throat and nose to free up the airways. 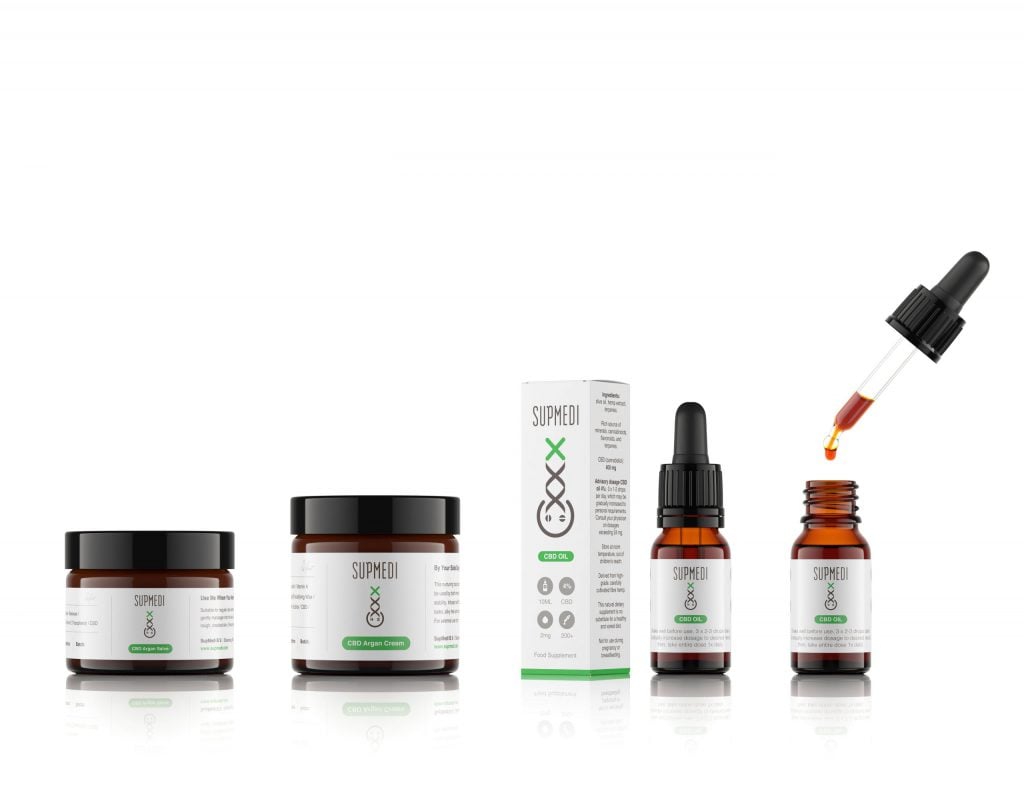 CBD Against Itches, Rashes, And Allergies

Another way in which CBD can help against hay fever is by lowering histamine concentrations in the blood. As demonstrated in a 2005 study, CBD appears to work as an antioxidant. It reduces generation of mast cells, which in turn are the cells responsible for releasing histamine into the bloodstream.

Hay fever is not the only allergy-related condition where CBD could provide relief, however. Cannabidiol can relieve skin rashes like those often seen in eczema, too. CBD can help fight itches and allergic reactions for a host of other causes and triggers, including oak processionary caterpillars, for example. Furthermore, CBD can speed up skin recovery and counter skin infections. In such cases, we would advise using nourishing, restorative, and moisturizing CBD Cream or CBD Salve. 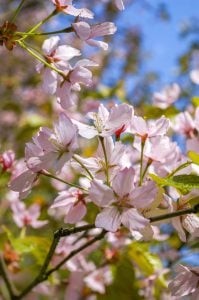 How To Use CBD In Case Of Hay Fever

Treating allergies and hay fever with cannabidiol calls for either full spectrum CBD Oil or CBD Tablets. These contain not just all the plant’s valuable cannabinoids (except THC), but terpenes and flavonoids as well. All these natural ingredients mutually influence each other’s effects in subtle ways. This phenomenon is known as the entourage effect. What it means is that taken together, all the organic compounds in CBD Oil amount to a greater overall effect than the sum of its parts.

How much CBD you should take depends on the severity of your symptoms as well as on actual air pollen concentrations. Start out with a low dosage and work from there, gradually increasing until you reach the intended effect.

It is a good idea to start in advance when trying to tackle hay fever using CBD. Do take into account that the pollen season is shifting, tending to begin earlier in the year as the climate warms up. Making a start with CBD supplements well before the onset of March is a smart idea. Perhaps that way, you’ll be enjoying a wonderful, hay fever-free summer this year, thanks to CBD!

Previous Post"CBD For ME And Chronic Fatigue Syndrome" Next Post"When Is A High CBD Oil Dosage Useful?"