Other Ingredients Of CBD: Terpenes

If you use broad-spectrum CBD products, they contain more useful compounds than CBD alone. Other CBD product ingredients include various cannabinoids such as CBC and CBG, flavonoids, and – very important – terpenes. Terpenes are organic molecules found all throughout the plant kingdom. Cannabis contains terpenes too. These compounds serve to protect plants and keep them healthy. But people can benefit from terpenes and their effects, too. That makes them a highly useful ingredient of CBD supplements. We give you a few examples of terpenes found in our CBD products and their potential advantages for you.

Cannabis, eucalyptus, thyme, mint, or lavender: each of these plants has a strikingly distinctive scent and flavour. Terpenes, also known as isoprenes, are responsible for this. Although we (usually) perceive these smells and flavours as simply pleasant, they have specific functions to perform for plants: attracting or repelling pollinating insects, predators, or bacteria. However, terpenes have other properties too, all of which help to keep plants healthy and strong.

Many different terpenes and terpenoids (terpene-derived substances) exist. The Chinese used them to make essential oils as early as 3000 BCE, convinced of their medicinal capacity. The Egyptians also loved using them in their scented oils. As you can see, we have been profiting from the special properties of terpenes for a very long time. Even today, we use them in cosmetics (creams and perfumes) and in food.

Still, when we look at hemp products such as CBD Tablets or other supplements, we find terpenes that are not necessarily valuable for their scent. By contrast, these terpenes are interesting mainly because of the many subtle effects they can have on the functioning of our body. Cannabis plants contain over 200 different terpenes, so even though they often work in sophisticated ways, the sum total of terpenes can certainly cause noticeable effects. That definitely holds true for anyone using CBD products.

That calls for a closer look at the various terpenes often found in the hemp plants used for such products.

As mentioned above, cannabis plants contain some 200 different terpenes. These terpenes are produced in the resin glands of the plant. Specific terpene profiles (kinds and quantities of terpenes present) vary between individual types of cannabis. In addition, factors such as climate, plant age, and soil composition affect terpene formation.

Broad-spectrum CBD Supplements contain all these terpenes, too. CBD is a cannabinoid, able to affect the endocannabinoid system in the human body. Terpenes, by contrast, have different molecular structures, which prevent them from directly influencing this system.

However, scientists do think that cannabinoids and terpenes are able to mutually influence each other. This is called the entourage effect. This effect describes how certain substances have properties that change or grow stronger if used in concert with other compounds. The entourage effect is currently the subject of extensive studies, because it could have a major positive impact on our health.

The following terpenes are found in cannabis plants, and therefore occur in broad-spectrum CBD products. These are just a few examples: there are still many more terpenes to explore.

Limonene (also known as dipentene) produces a lime-like scent. This explains its common use as a flavouring or aromatic substance in the food industry. Its powerful health effect explains why this terpene is a common ingredient in medication. Limonene has immuno-stimulant and antibacterial properties. It is also known for its antidepressant and anti-anxiety potential. 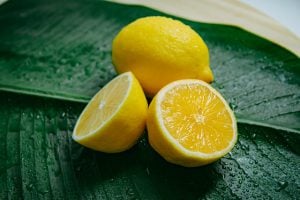 Research into the entourage effect of limonene has revealed its capacity to reinforce the effects of certain cannabinoids (such as THC, CBD, CBC, and CBG) as well as other terpenes.

Myrcene is one of the most common terpenes in cannabis, but it is also found in thyme, hops, lemongrass and laurel leaves. It is responsible for the particular scent of certain craft beers. Allegedly, myrcene could help ease pain and counter inflammation. It also has soothing and antibiotic properties. In addition, myrcene is capable of regulating the effects of certain cannabinoids.

Linalool is found in lavender, mint, cinnamon, and citrus fruits. This terpene can help alleviate stress and anxiety. Iy also has strong soothing effects, raising its potential as an antipsychotic. 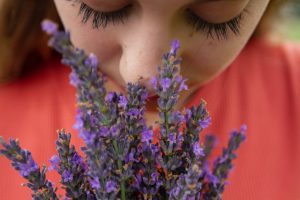 Linalool is also reported to help reduce the severity of epileptic seizures.

Humulene is another terpene commonly found in cannabis. Its scent resembles that of hops, leaning on woody and earthy tones. It has anti-inflammatory and analgesic properties, but it can also help reduce appetite. Another important characteristic of humulene is its anti-carcinogenic potential.

Studies conducted in 2003 demonstrate that humulene is capable of producing active oxygen particles. These in turn cause oxidation in tumour cells, slowing their growth and promoting targeted cell death. Here too, the entourage effect plays a part: combining humulene with beta-caryophyllene (another terpene) increases humulene’s anti-carcinogenic potential.

Pinene, or alpha-pinene, is found in pine trees, rosemary and sage, making it the most common terpene on earth. The pleasant scent of pine trees is caused by this particular terpene. 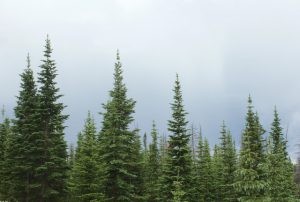 Chinese researchers have studied the effects of pinene. It has been demonstrated to counter infections, and is in fact potent enough to use against bronchitis. Pinene is also known to be a concentration booster.

Borneol is a terpene that produces a minty scent. Research shows that it can help combat gingivitis or gum inflammation. It can also be used as an analgesic and anticoagulant. Traditionally, borneol has been widely used across Asia for its alleged effectiveness against heart, liver, and lung disease. Modern scientific studies paint a more realistic picture of its effects, but it is still under investigation as a potential treatment for hemorrhoids, digestive issues, muscle and joint aches, and possibly thrombosis.

Only broad-spectrum CBD Supplements allow you to benefit from all the terpenes present in cannabis. Every terpene has unique properties, which are reinforced by the other terpenes, cannabinoids, and flavonoids included in the CBD products. CBD Oil and all other supplements produced by SupMedi are broad-spectrum, so they contain all these valuable terpenes and other components. That includes our CBD Gummies, CBD Tablets, our CBD Skincare line, and the CBD Chocolate and other nutrition and drinks from our product range.

Don’t worry; we take nothing away from the pure hemp extracts we produce, except THC. This is the cannabinoid that can get you high, so using broad-spectrum CBD is your guarantee for profiting from all the goodness of hemp plants except the substance with noticeable mental effects. This is your ticket to enjoying the full benefits of the entourage effect caused by cannabinoids, flavonoids, and terpenes while staying sharp, active, and fully focussed all day long. 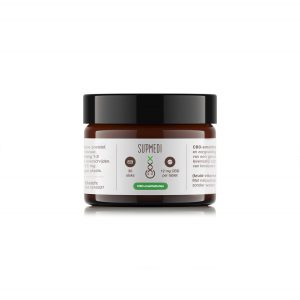