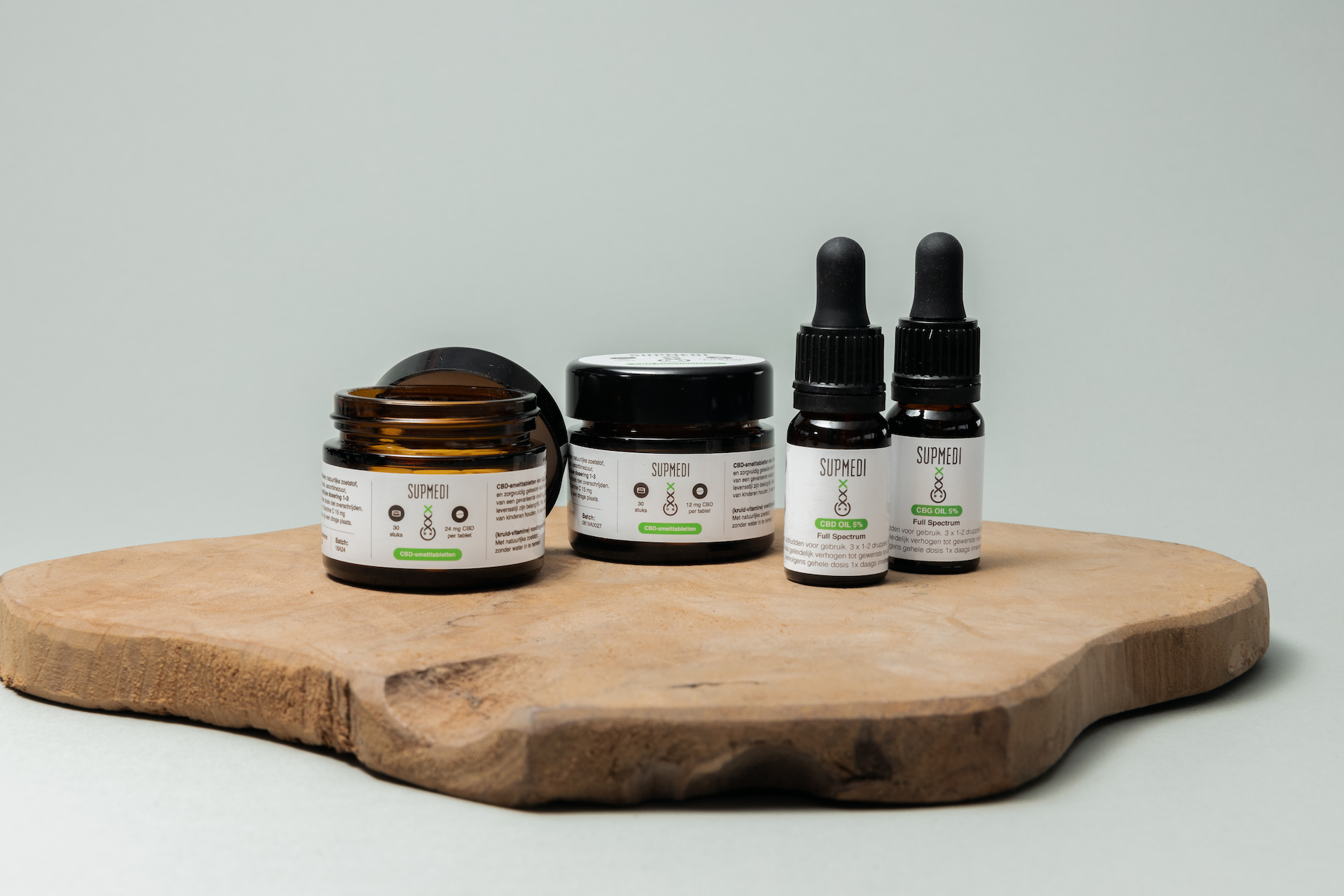 Migraine, fibromyalgia, and irritable bowel syndrome (IBS) seem unrelated at first glance. However, they may each turn out to be caused by Clinical Endocannabinoid Deficiency (CEDC). That sounds like quite a mouthful, but put simply, it means your body does not produce enough cannabinoids. We are learning more about cannabinoids like CBD and their functions in the body every day. They play key roles in regulating processes such as sleep, pain, and our moods. A lack of cannabinoids can cause all sorts of problems. Bad news? Not necessarily: perhaps supplements like CBD Oil can help replenish our lack of cannabinoids. It is slowly becoming clear that CBD might help with difficult to treat conditions like IBS, migraine, and fibromyalgia. This blog explores the research of Dr. E.B. Russo, who first advanced the theory of Clinical Endocannabinoid Deficiency.

The human body is a complex whole, governed by thousands of processes working in concert. Most people know this, but patients suffering from chronic pain conditions like migraine are painfully aware – literally – of that complexity. Sometimes, there is nothing any doctor can do to help. For some people, regular pain medication offers no relief, and science still cannot explain exactly what causes these conditions.

Fibromyalgia is an even more mysterious condition. It causes pain in connective (fibrous) tissues, and in the muscles of the hands, neck, back, shoulders, and legs. The pain can last for days on end, and here too, doctors are at a loss for the exact underlying causes. The same applies to irritable bowel syndrome (IBS). All three conditions are pain syndromes that cannot be cured, and that are often untreatable using regular medication.

Different as these three conditions may seem, though, they have important similarities. One is hyperalgesia (heightened sensitivity to pain) and central sensitization (nerve pain). This overlap has led some researchers to suspect that they may all be caused by Clinical Endocannabinoid Deficiency: a lack of natural cannabinoids in the body.

What Happens When You Are Low On Cannabinoids?

Our Endocannabinoid System (ECS): Body And Mind In Balance

Humans, like many other animal species, have an Endocannabinoid System (ECS) to govern all the various processes that regulate the body. The ECS works through substances called endocannabinoids, which it produces itself. Your ECS reaches down to every part of your body. This allows it to regulate a dazzling range of processes, ensuring that all the various systems stay balanced.

In 2001, Dr. Russo, head of the R&D department at the International Cannabis and Cannabinoids Institute, coined the theory of Clinical Endocannabinoid Deficiency (CEDC). Sometimes, endocannabinoid levels drop too low, causing problems throughout the body. Under normal circumstances, the ECS would maintain balance (homeostasis), but a lack of cannabinoids will impair its ability to do so.

Identifying CEDC as the underlying cause for fibromyalgia, migraine, and IBS is not that far-fetched. The ECS is involved in so many processes that a loss of function can express itself in many different ways. Doctor Russo compares a lack of cannabinoids to neurotransmitter deficiencies. A shortage of the substance serotonin, for example, can cause depression. It now turns out that shortages of cannabinoids such as CBD could cause symptoms associated with migraine, IBS, fibromyalgia, and other conditions.

By now, Russo has published a number of research papers on the subject. Meanwhile, evidence for the existence of CEDC has been mounting. The hypothesis is that people need a certain minimum endocannabinoid ‘tone’ or basic level. This value indicates the production, metabolic rates, and state of the cannabinoid receptors in the ECS. Endocannabinoid tones can drop because of congenital deficits or by external causes.

Since cannabinoids are involved in our experience of pain, inflammation, blood pressure, and our immune system, CEDC may well prove to be the hidden cause of migraine, IBS, and fibromyalgia. Symptoms can be linked to the functioning (or lack thereof) of the ECS:

In 2016, Russo published new data on his research in his paper Clinical Endocannabinoid Deficiency Reconsidered. Cerebrospinal fluid of migraine patients showed deviant levels of anandamide; the same observation held for fibromyalgia patients. By the time the study was repeated, additional evidence had brought us closer to a scientific explanation. Anandamide, which is itself an endocannabinoid, proved to play a vital part. CBD in turn is capable of influencing anandamide levels in our body. That makes the use CBD Oil for these conditions even more interesting.

The discovery of CBD Oil affecting anandamide levels is not new. The substance FAAH, produced by your own body, causes anandamide to break down, preventing it from doing its job. It turns out that CBD is able to inhibit production of FAAH in turn. That means that theoretically, taking CBD supplements could help the ‘bliss molecule’ anandamide to stay active in your body for longer. Science could use that complex mechanism to explain why CBD Oil and other CBD supplements could help combat fibromyalgia, irritable bowel syndrome, migraine, and other conditions.

Interestingly, another group of subjects was identified as having low ECS activity: people suffering from post-traumatic stress disorder (PTSD). Other conditions where CEDC is the suspected cause include bipolar disorder, cystic fibrosis, and glaucoma.

Should You Use CBD For Migraine, Fibromyalgia, And IBS?

In all likelihood, Doctor Russo will continue his studies into the causes and consequences of CEDC. Hopefully, he will manage to clarify the matter further. Still, whether clinical endocannabinoid deficiency is officially labelled as a clinical diagnosis or not, it seems that a balanced endocannabinoid system can provide a range of health benefits. CBD Oil can have positive effects on sleep, pain, anxiety, stress, depression, hormonal issues, and more. CBD is safe to use for all these health issues. If you are suffering from migraines, IBS, or fibromyalgia, you could try using supplements such as CBD Tablets or CBD Gummies to explore their effects. We do always advice to let your doctor know you are using CBD. Especially if you are already on medication, it is good to check whether they’re safe to use alongside CBD. As an added benefit, you’ll be helping to inform more medical professionals about the many advantages CBD can offer with these serious conditions, and many more besides.