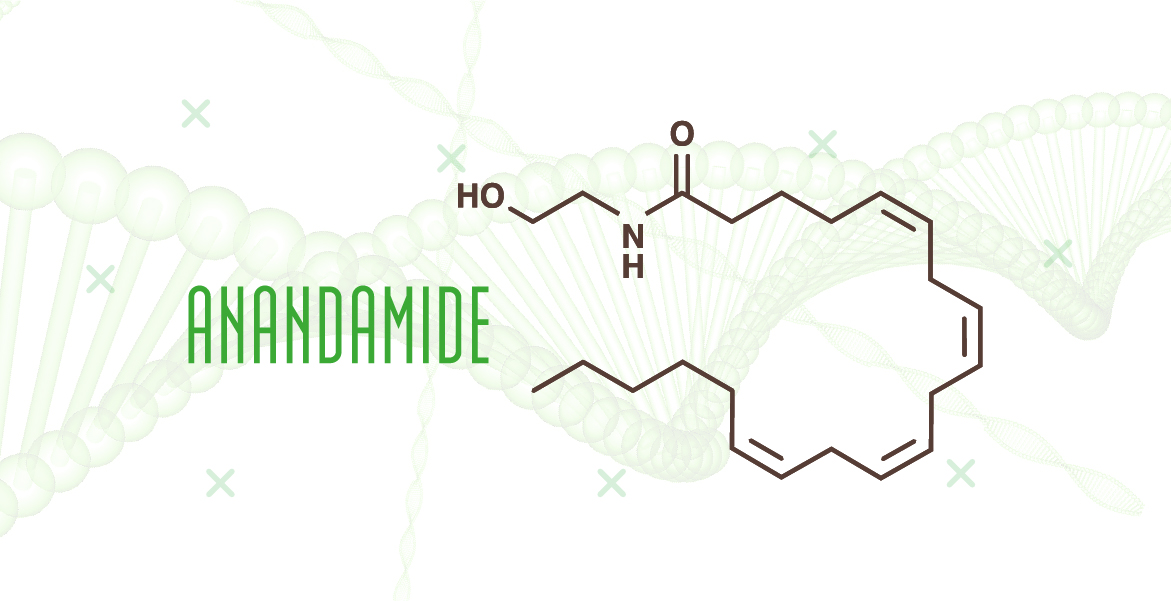 CBD And Anandamide: The Bliss Molecule

Anandamide is a neurotransmitter that influences our mood. It is considered a cannabinoid just like cannabidiol (CBD). In fact, both these compounds have similar effects on our body and our mood. Anandamide is also found in cacao; that is why being in love and eating chocolate can produce similar feelings! CBD can (indirectly) affect anandamide levels in the body, which works as a system that always tries to stay balanced and healthy. Unfortunately, we live in an imperfect world, where factors like stress, unhealthy diet habits, or medication can easily disrupt that balance. So can you use CBD Oil and feel better because you have more anandamide in your body? And what about CBD, chocolate, and being in love? We’ll explain just how it all works.

Anandamide, CBD, And The ECS

The body keeps itself in shape by orchestrating a great number of complex processes. One of the systems responsible for regulating how these processes interact is the endocannabinoid system (ECS). It reaches many areas, from digestion to memory, emotions, and the sleep cycle. The ECS can control these processes through substances called cannabinoids which in turn affect the receptors of our nerve cells. You can picture these receptors as tiny ‘keyholes’: every one of them will only work with a few compounds that ‘fit the lock’. Anandamide, like CBD, is one such key.

Anandamide, which is also known as the ‘bliss molecule’, is an important endocannabinoid. ‘Endo-‘ means that it is generated in your own body. That’s the main difference with phytocannabinoids made by plants, such as CBD. The neurotransmitter anandamide is produced in the brain. It derives its name from the Sanskrit word ‘ananda’, which means ‘bliss’. This compound is similar to important substances like serotonin and dopamine, involved in our internal reward system and feelings of happiness. Anandamide was discovered in the eighties when studying the effects of THC (the phytocannabinoid that makes people high, and which you therefore will not find in our CBD supplements).

The body is constantly working to maintain a sense of equilibrium. Whenever that balance is disrupted, it will use the ECS to relay signals to increase production of hormones or other agents. Compounds used to pass messages between nerve cells are called neurotransmitters. One of these is anandamide, and your own body can produce more when necessary. However, if you have a shortage of this cannabinoid, your mood will deteriorate, and your sense of wellbeing will drop.

Anandamide, Chocolate, And Being In Love

On the other hand, there are noticeable effects whenever your brain produces large quantities of anandamide, too. Dia you know that the cacao we use to make chcolate is associated with being in love? That’s because chocolate also contains anandamide. People claim that eating chocolate can produce similar feelings to being in love. Of course, that’s a highly personal feeling, which is almost impossible to prove scientifically. Still, fact is that a whole lot of people are in love with chocolate! 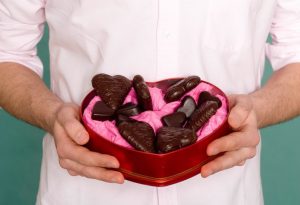 Nonetheless, combining CBD and chocolate is interesting from a chemical standpoint, since both substances can have uplifting effects on our brain. Moreover, CBD can amplify the effects of anandamide, as explained further down in this blog. And let’s be honest here: who doesn’t like to feel like being in love every once in a while? Luckily, we’re a few steps ahead of you here at SupMedi: in our webshop, you’ll find not just our CBD Hot Chocolate Spoon to make your own cup of hot CBD coco; we also have CBD 24/7 Chocolates containing exclusive 70% dark Virunga chocolate and a plentiful dose of CBD inside!

The Influence Of The Bliss Molecule

If your anandamide production is low, you may start to feel anxious, unhappy, and less able to deal with stress. The bliss molecule influences the psyche, moods, appetite, fertility, and pain. Anandamide can do so by binding to the ECS’s two main receptors, CB1 and CB2.

By binding to these receptors, anandamide can promote the generation of new nerve cells. This process, called neurogenesis, is absolutely critical to learning and the functioning of memory. Until very recently, we were not even aware that our own body can make new nerve cells. This alone is enough to make anandamide a very important substance. On top of this, it seems the cannabinoid has anxiety-reducing properties and could be a new ally for CBD in the struggle against depression. 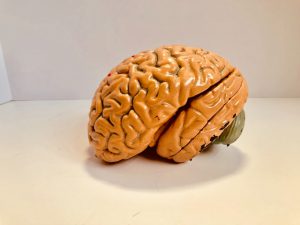 Our brains and the rest of our body function better at higher anandamide levels. This was demonstrated in a 2015 study involving mice and humans. High anandamide levels improved moods and reduced anxiety. These results were confirmed by a 2019 follow-up study.

It turned out that anandamide decreases production of the enzyme FAAH in mice as well as in humans. This enzyme controls the breakdown of anandamide. With less FAAH in the bloodstream, the effects of anandamide last longer. The less FAAH you have, the more of the neurotransmitter remains, making the positive feelings and effects it produces linger.

The Link Between CBD And Anandamide

Anandamide and CBD are quite similar in terms of their effects. They can both improve our resilience to stress and reduce feelings of anxiety. CBD, however, can affect the bliss molecule in its own particular way. Cannabidiol improves anandamide signaling, allowing it to help relieve the symptoms of schizophrenia.

Studies reveal that anandamide can limit breakdown of anandamide by governing FAAH levels, which further adds to CBD’s antipsychotic potential. In fact, this mechanism could drastically change existing schizophrenia treatments.

Bliss Molecules And Your Own Moments Of Bliss

As we have seen, anandamide can cheer us up by improving our mood, explaining its nickname of ‘bliss molecule’. Are you looking for more moments of bliss in your own life? CBD Oil or CBD tablets could help you get them, by limiting the breakdown of this special molecule. If you prefer exclusive moments of responsible indulgence, our selection of CBD Chocolates is definitely worth a try. 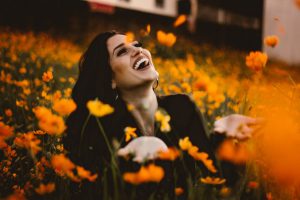 And if you’re looking for a CBD supplement that cheers you up even before you take it, you should try our CBD Gummies: wonderfully soft and sweet fruit gummies containing 4mg of CBD each!