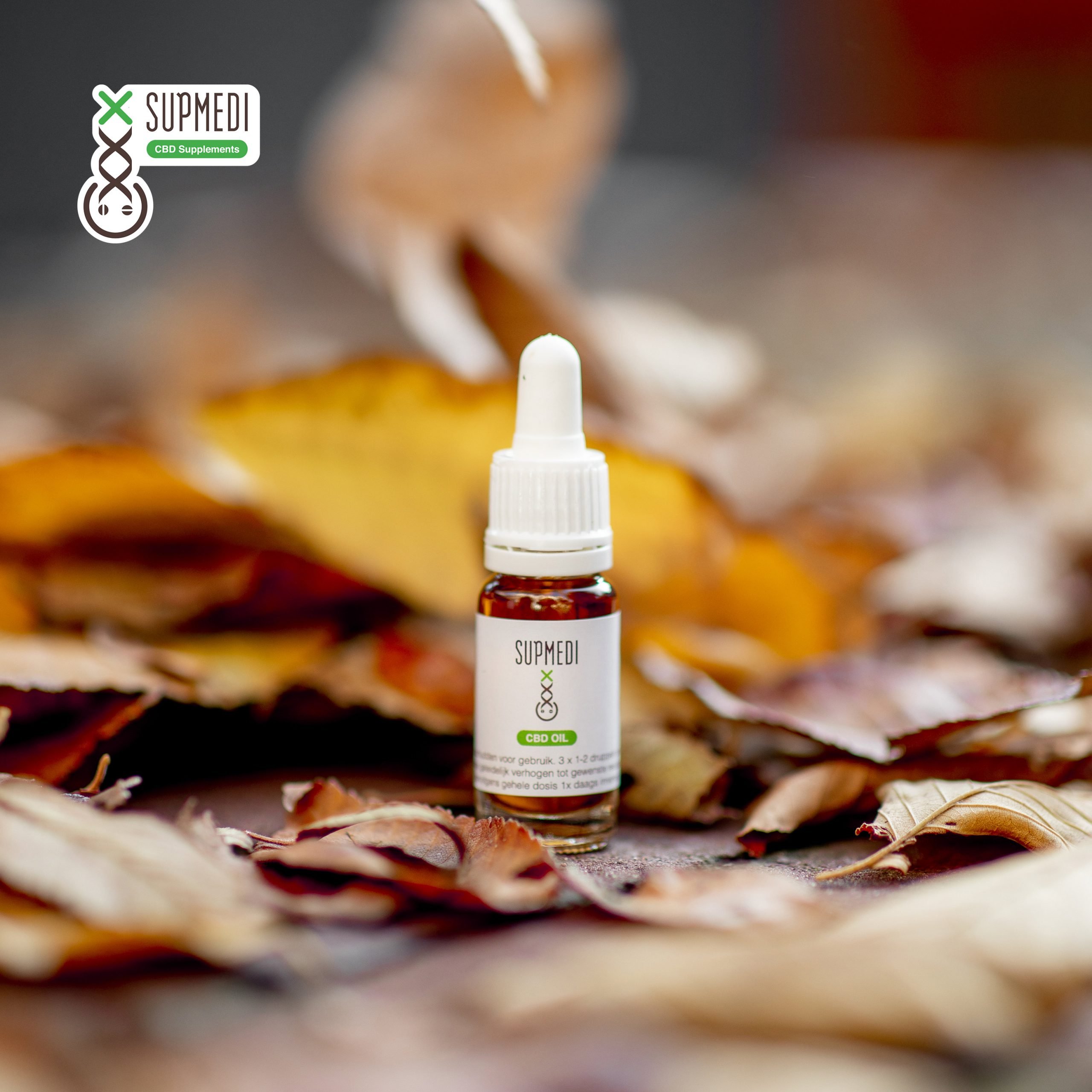 CBD Against Depression Versus Regular Antidepressants

Are you considering trying CBD Oil against depression? Research data demonstrates that CBD has great potential to reduce symptoms and anxiety associated with depression. Depression is usually treated with medication that helps stabilize your mood. However, such medication comes with side-effects. Since it appears that CBD could help against depression, it’s not surprising to see that ever more people struggling with depression symptoms consider switching to this natural alternative. CBD is a plant-based compound derived from hemp plants. You cannot get high from it, and hardly any side-effects have been identified. Nonetheless, CBD has many potential benefits to offer; for depression and a whole range of other conditions. If you are wondering whether CBD could help you with your depression, then do read on. This blog will explain what your options are, and whether it is safe to take CBD while you are on regular antidepressants.

Suffering from depression is not the same as feeling down. Everybody goes through sombre moods occasionally, and these episodes usually pass. True clinical depression lasts for extended periods, and involves more intense feelings. In the Netherlands, about 5% of the entire population struggles with depression; in the US, the figure is even worse at over 7%. During depressive episodes, general interest in life decreases; this loss of engagement is accompanied by a lack of energy, feelings of sadness and sorrow, and an overall lapse in motivation.

In principle, anyone can become depressed. Age, ethnic background or level of education do not appear to make a difference. Women do run a higher risk of depression than men do, however. In 50% of cases, recovery occurs within three months; a fifth of all patients are left to face their problems for years.

The severity of depressions varies: mild depression does not involve as many severe symptoms as major depression, leaving you free to function to some extent. Still, severe cases can be a quite serious condition. Anyone suffering from major depression should seek professional help, possibly aided by medication. 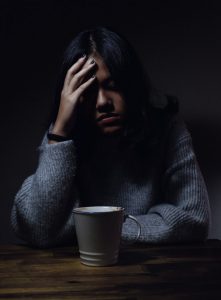 A New Surge In The Depression Pandemic

Recently, cases of depression have spiked all over the world. The dramatic impact of the coronavirus pandemic has depreciated the perceived quality of life for millions of people. People’s moods began to grow worse on top of the pandemic that depression already was before the virus struck. As a result, researchers and media outlets claim that cases of depression have tripled since the Covid crisis began. That makes accurate and effective treatment even more important than it already was. It also adds to the urgency of finding natural alternatives to the synthetic drugs used in treatment.

In principle, anyone can become depressed. Age, ethnic background or level of education do not appear to make a difference. Women do run a higher risk of depression than men do, however. In 50% of cases, recovery occurs within three months; a fifth of all patients are left to face their problems for years.

The severity of depressions varies: mild depression does not involve as many severe symptoms as major depression, leaving you free to function to some extent. Still, severe cases can be a quite serious condition. Anyone suffering from major depression should seek professional help, possibly aided by medication.

Researching The Effectiveness Of CBD Against Depression

Regular antidepressants work by interacting with neurotransmitters such as serotonin and noradrenalin. These antidepressants come with severe drawbacks: they usually have side-effects, and it generally takes a long time before they work to maximum effect. To make matters worse, many people find it very difficult to stop taking antidepressants once they started using them. Dependency and addiction are serious risks. The case for finding better alternatives is clear. In the search for new treatments, CBD has emerged as a promising natural candidate, partly because of how it affects important serotonin receptors in the brain.

The neurotransmitter serotonin is a crucial part of the chemistry behind our happy feelings. This substance has a big impact on your mood, and as long as its production is balanced, you’ll feel cheerful and satisfied. That makes serotonin a crucial part of depression treatment. Research conducted in 2014 demonstrated that CBD engages in positive interactions with serotonin receptors located throughout the brain. The study involved animals, substantiating the hypothesis that CBD could be used to treat depression. 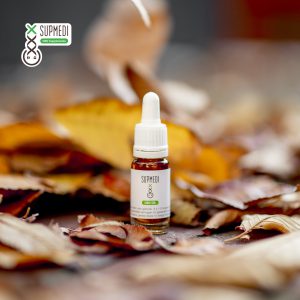 In addition, CBD turns out to have stress-reducing potential; both in long-term and short-term use. A review published in 2018 cited researchers claiming how multiple studies demonstrated CBD to have such anti-stress and antidepressant properties. Despite the observed effectiveness, CBD appears not to engage directly with the receptors of the endocannabinoid system to accomplish this effect. That’s a positive observation, because it reduces the risk of dependence compared to old-fashioned antidepressants that do work through direct interaction with other types of receptors.

Studies into the effects of cannabinoids on happiness have identified another way in which CBD could help counter or even prevent depression. It turns out that CBD can slow down the breakdown rate of anandamide in the bloodstream. Anandamide, also called the ‘bliss molecule’, is an endocannabinoid produced by our brain. It helps us feel happy and motivated. CBD makes sure anandamide stays in the blood for longer periods, further adding to the feeling of wellbeing lacking in the lives of most people suffering from depression.

The Possibilities Of CBD For Depression Or Depressive Symptoms

You can take CBD in several ways. CBD Tablets come with multiple benefits: they’re easy to use; their active components are rapidly absorbed, and they taste good to boot. All you have to do is put a tablet under your tongue and let it dissolve. CBD (cannabidiol) is then quickly absorbed into the bloodstream via the mucous membranes.

Other ways to take CBD obviously include the well-known CBD Oil, but there are also CBD Gummies (a deliciously sweet CBD-powered go-between) and CBD Bars. These healthy bars are nutritious and contain only natural ingredients such as nuts and spices. Then there are CBD 24/7 Chocolates for the truly gourmet health-aware  consumer. There’s a CBD supplement for anyone, including a full range of 100% vegan CBD products.

The best way to beneift from CBD is regular use. This establishes a basic level of CBD in your system, promoting a consistent influence on your overall wellbeing.

CBD And Antidepressants: Do They Mix?

If you happen to be struggling with depression, chances are you’ll want to find out if CBD Oil works for you, too. However, if you’re already taking antidepressants, it is important to know whether it’s safe to take your medication and CBD at the same time. Cannabidiol appears to inhibit the cytochrome P-450 enzyme system. This system is located in the liver, which breaks down medication into its composite parts for further processing by the body. Several natural products, including St John’s wort and CBD, have been observed to slow this system down.

Certain medication used to treat depression, such as MAOs (monoamine oxidase inhibitors) and TCAs (tricyclic antidepressants) can remain in your body for extended periods due to the effects of CBD. That could increase your chances of noticing their side-effects. Although SSRIs (selective serotonin reuptake inhibitors) work in a similar fashion, these have not been proven to react in the same way. They can become less effective, however, or impair the effectiveness of CBD instead.

If you do intend to try using CBD Oil or CBD Tablets for depression or depressed moods, always try a low dose first. In fact, you should start with a lower dose than the advisory dosage indicated on the packaging. Take time to get used to your experience of CBD’s effects. Then, after a few days or weeks, gradually try increasing the dose. This is a good way to keep track of any changes.

Due to the risks mentioned above, we advise you to always consult your doctor, psychologist, or psychiatrist first. Together, you can determine whether trying CBD is a good option in your situation. That way, your doctor can help you sue CBD either as a complement to your existing treatment, or as your natural alternative to regular antidepressants.

Out of stock
Previous Post"CBD Against Superbugs: Is CBD Stronger Than Antibiotics?" Next Post"CBD And Anandamide: The Bliss Molecule"